Kelly is an award-winning filmmaker and founding partner at PF Pictures.

He wrote, directed and produced REQUIEM FOR THE AMERICAN DREAM – the riveting discussion of a lifetime with Noam Chomsky, the most important intellectual alive (NY Times), on the financialization of America. The film lays bare the social and political mechanisms responsible for the historically unprecedented concentration of wealth and power into the hands of a very few. He co-created and co-edited the book adaptation with Chomsky, now a NYTimes Bestseller.

Kelly recently wrote, directed and produced DISOBEDIENCE  about a new phase of the climate movement: courageous action that is being taken on the front lines of the climate crisis on every continent.

Kelly wrote, directed and produced DISRUPTION – the story of the greatest crisis mankind has ever faced and the movement rising to fight it and DO THE MATH – chronicling environmentalist Bill McKibben in a David vs. Goliath battle to fight the fossil fuel industry and change the terrifying math of the climate crisis (Al-Jazeera).

Kelly wrote, directed and produced SPLIT: A DEEPER DIVIDE – a non-partisan investigation of the US political divide, hailed by Variety as a ‘solid, evenhanded spur for discussion’ and ‘a Must See’ by The Examiner (The Documentary Channel). His directorial debut SPLIT: A DIVIDED AMERICA won Best Documentary and Audience Favorite awards at festivals nationwide and cornerstoned a nationwide First Time Voter campaign in partnership with the National Council for the Social Studies, the National Association of Secondary School Principals, MTVu and Rock the Vote.

Other films include THE AGE OF CONSEQUENCES (producer), MONEY IS MATERIAL (Vimeo Staff Pick), IMPOSSIBLE, and THE ARTIFICIAL LEAF (producer) - a Focus Forward Jury Prize winner at Sundance.

A sought-after commentator, Kelly has appeared on CNN, ABC, CBS, NBC, Huffington Post Live, PBS, Al Jazeera, TV3 (Spain), NOS (The Netherlands) among others, has written opinion pieces for the Huffington Post, RealScreen and participated as a panelist at festivals across the country including SXSW, DOCNYC, among others.

Kelly was an Artist-in-Residence at Harvard University, where he worked with professors across a range of disciplines, including collaborating with Michael Sandel on short-form documentaries for the most popularly attended course on campus, "Money, Markets and Morals."

Jared P. Scott is an award-winning filmmaker and founding partner at PF Pictures. 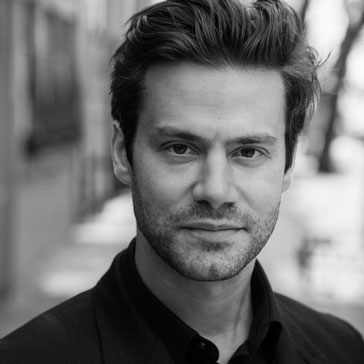 Jared recently wrote, directed, and produced THE AGE OF CONSEQUENCES (2016/17) – an investigation of climate change and US national security which has garnered critical acclaim at festivals worldwide (HotDocs World Premiere, Sheffield, DOC NYC), charted in the top 5 on iTunes in the US, and has global distribution with PBS in over 60 countries. The film had its US TV and streaming premiere on STARZ, launching the premium cable network's new documentary strand with the film's release.

The film has also enjoyed a robust outreach campaign, playing at over 100+ universities including MIT, Harvard, & Yale, main-staying environmental group events, and screening with policy makers on Capitol Hill, the UN, NATO, European Union, UK Parliament, and NASA. The film's current campaign with Picture Motion targets member of the US House of Representatives to support H.Res 195, a Republican led resolution on climate change, security, and stewardship.

Jared wrote & directed the NYTimes Critics' Pick REQUIEM FOR THE AMERICAN DREAM (2015/16) – Noam Chomsky and the Principles of Concentration of Wealth and Power (TriBeCa World Premiere, AFI, IDFA). The film was a top theatrically grossing doc, charted at #1 on iTunes for 7+ weeks and has global distribution on NETFLIX. The film was adapted into a book that Jared co-created and co-edited with Noam Chomsky which hit #6 on The New York Times Bestseller list and #1 in over 10 categories on Amazon’s Bestseller lists.

He wrote, directed and produced DISRUPTION (2014, Vimeo Staff Pick) that helped galvanize the largest climate mobilization in history and DO THE MATH (2013, Al-Jazeera), Bill McKibben's terrifying numbers that sum up the climate crisis.

A seasoned speaker, Jared has delivered keynote addresses during events at COP 20 in Peru and COP 21 in Paris about ‘Using Film as a Tool for Social Change’, led discussions and master classes at The New School, NYU, SUNY, Bard, & Carnegie Mellon University, participated in festival panels (Sheffield, DOC NYC), and has appeared on CNN, ABC, NBC, RAI, Al-Jazeera, and Huff Post Live.